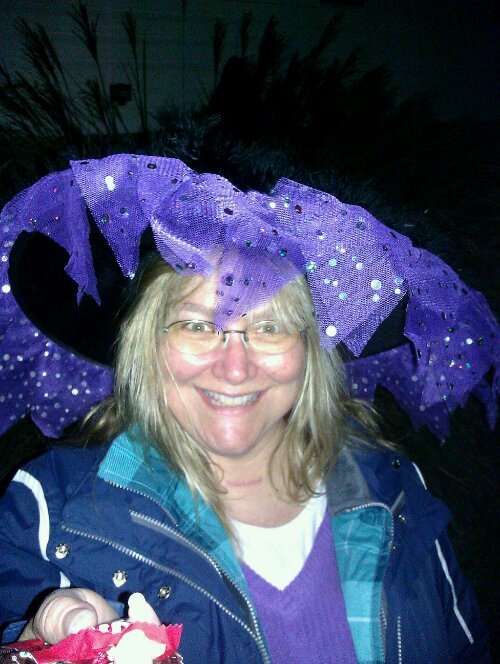 Or my evil twin who likes to throw the candy at the kids instead of politely depositing it in the bag? One may never know..

So! This weekend we typically have something called Harvest Dinner. The kids have renamed it “Fakesgiving”. A few years back I decided that it was much less hectic to have our family Thanksgiving in October, thus freeing up everyone to share the November feast with friends and other families. Doesn’t hurt that it’s one of the busiest times for the chorus schedule, so it’s a win-win for me.

Our normal thing to do is to go picking Granny Smith apples – not Stayman, not Fuji,  just Granny Smith – and then we head over to the pumpkin fields and choose our victims – ahem – pumpkins for carving.  (I think we are all too fond of Dexter) It’s always enjoyable to be wandering around the farm and re-connecting with Mother Earth and her bounty. Gives a bit of meaning to the concept of Harvest Dinner, right?

Well, maybe not this year. I checked the local farms and there are no apples left to be picked. Wha?? No apples??  The recorded message says we can come to their farm and buy pre-picked apples from bins in their festive barn, but all the apples had been plucked from the trees. Darn!! I was bummed about that, but hey, there were still the fields of bright orange pumpkins to go wandering through, so all was well.

Last night, in the space of maybe an hour, it went from sunny and warm to blustery, gray and COLD. Parents and students were coming in for rehearsal with chattering teeth and flimsy jackets wrapped tightly around themselves. Apparently, none of us had seen this drastic weather change coming. I kept hearing the mention of a four letter word – in a CHURCH, already – over and over again.

Really?! It’s not even November yet, but there it is. Surely they mean flurries, right?  Eh, no. There is a Winter Storm Watch out for Saturday (shouldn’t that be Fall Storm Watch?), which is of course, the Harvest Dinner. Considering they are predicting a 90% chance of precipitation, with 1-3 inches of that lovely white stuff a possibility, I doubt we’ll be at the farm. Instead, I guess I’ll have to find some pre-picked pumpkins to gouge and carve.

On other fronts, we went house-hunting again.  It’s now been over a year that we’ve been in this process. Since we started, we’ve finished the basement and cleaned out years worth of “schtuff” and given it away. (I don’t know what I’m going to do when I don’t live on a main drag where I can put out any item, and I do mean ANY item, with a FREE sign next to it and have it gone within 24 hours) All we have left to do is to put on a new deck and we’ll be ready to put this puppy on the market. If it sells, great.  If not, it’s finally the way I’ve wanted it and I’ll be happy here until I find the new house, which we thought we’d done last weekend. It was the first house that Hubby had fallen for. It had been empty for  awhile when we saw it on Saturday, but by Monday it had two contracts on it. So we decided to go looking again this weekend. Little did we know we’d be looking during a snow storm, but hey… at least we’ll know if the heat works.

Since Halloween is right around the corner, one of the houses we are looking at was built in 1885 and used to be a place where they made tombstones. It sits next to a graveyard, which I don’t mind. The neighbors are always quiet when you live next to a graveyard. Hubby is quick to point out that maybe it’s not actually a graveyard, but more of an old showroom.

It’s one of those blogs again. One where I try to catch u on the things that I think would be so much fun to blog about and then never get to actually blog about in a timely fashion.

1. Party – I had talked about party planning and getting ready for my friend’s big 5-0 birthday, where I was not allowed to mention, nor allude to the fact that she was one half of one hundred. She seems to be taking it better now, so if I say she’s half a century old now, I may survive. Hey… I’m right behind her, so I understand how she’s feeling. *I* don’t feel that way, but I understand.

Anywho… I used West Virginia colors since her hubby didn’t know her favorite color. (It’s purple, btw A, so now you know!) Jenny and I went out on a mission and came up with a pretty good game plan. I really like the centerpieces and by the end of the night, the blue feathers had made their rounds!

2. Pittsburgh – Last weekend, we took our baby to move her things to Pittsburgh. It was an emotional time for everyone. Even though we still have her here until after the holidays, I can feel the change coming. I’m happy for her and feel good that she’s making a move into a family that will love, care and support her, but damnit – she’ll always be my baby. I want her to go forth and live her life, but I sure will miss my little work-stopper.

We ended up going to the Hofbrauhaus while we were there. We didn’t know it had been as close as Pittsburgh all this time or maybe we wouldn’t have bothered with the original when we went to Munich…. yea…. riiiiight…. still, it was nice and we’d definitely go again. After dinner and meeting the beau’s ‘rents, we went with them to 3 Rivers Casino and played a few games and then we went up to Mt. Washington and looked down on the city. It was pretty. Reminded me of Florence, Italy just a little bit. I think it was the angle and proximity, because really they look nothing alike!

I was rather amazed at the amount of home town spirit for the Steelers that Pitt had. Living in Raven country, I’ve seen enough of the purple and black to know there is some spirit here, but there was just an overwhelming amount of black and gold in that town. I don’t really care about football at all, but it was nice to see people supporting their team in what felt like a small town way.

Before we left, we went to a small hole-in-the-wall breakfast joint. It was a long counter type of diner and it was really good. I could see why the line was out the door for it. It’s also within walking distance of my baby’s new apartment. Yay!

3. Pizza – I found some whole grain pizza flats and thought that it would be delish to make a veggie pizza for dinner. I cut the veggies, roasted and spiced them just right and started looking for some pizza sauce. Ooops! I thought I’d had some under the cabinet, but not so. While hunting around I came across some Lime Chutney. We like spicy and we like different and most of the time, my “mistakes” are some of the most tasty dishes we’ve ever had, but let me assure you that this was not one of those times. Lime Chutney has NO place on a pizza. Even smothered with cheese, it was horrible. I think it’s only the 2nd time in 30 years my hubby has asked me NOT to repeat that dish. #4 came home and looked at the pizza and was very excited to eat it. She took a few bites and pronounced she could eat no more and started hunting around the kitchen for something else, glancing over at the uneaten part of the gorgeous looking pizza. Eventually she said, “I was really looking forward to that and I wish it tasted anything near the way it looks. I mean, LOOK at it.. it’s GORGEOUS and I want to eat it, but I can’t. I even bragged about the veggie pizza I was having for dinner while at work… I’m so sad!!”

Lesson learned… no Lime Chutney on a veggie pizza!! (or anything else, for that matter)

Tuesday, Oct 11th,  was the anniversary of the death of a good friend who taught me much. I really miss Linda. She was a very enlightened, supportive and loving person. She taught me more than I’d ever imagine in the short period of time that I knew her. Whenever I see a cabbage moth, I think of her and imagine her fluttering by to say hello. I keep a photo of her in my office. 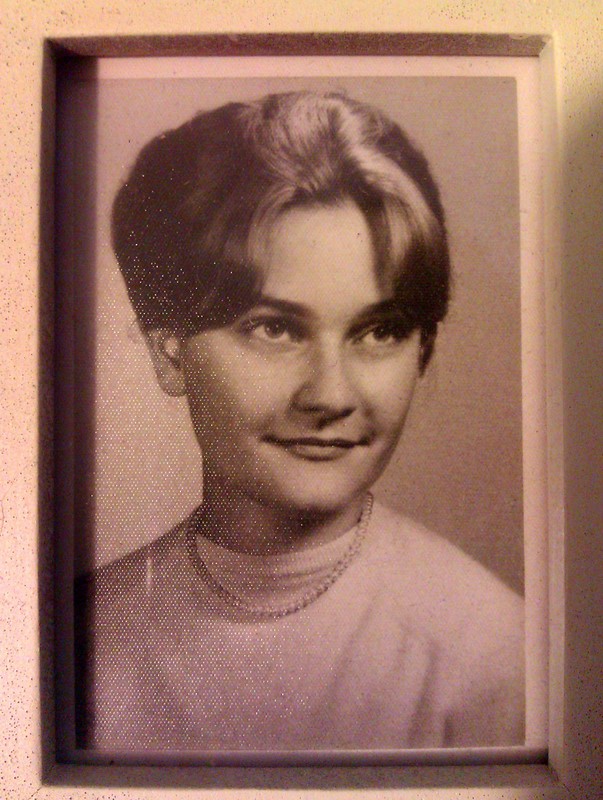 Today, Thursday, Oct 13th is the birthday of my childhood best friend, Debbie. She had a rough road during the time I knew her and much to deal with before we fell out of touch, but she did teach me about drama and what NOT to do. She also taught me about not communicating and making judgements. I know it doesn’t sound very positive, but everything is a teaching moment if you look at it the right way. 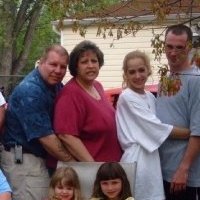 Last night, I dreamed I had a small, little baby that I named Rosie, but she wouldn’t feed and eventually died. I’m trying to rid my minds eye of such an image that it created for me (gee thanks, mind) but it just keeps popping up unexpectedly and upsets me. I’m trying to figure out if there was something I need to learn from that dream, other than what I did, which was that I was amazed how attached  and how much love you can pour out to something in such a short period of time. Huh.. kinda like Linda.

I think I’ll light a candle and think of these three ladies and send my love to all of them and thank them for the things they’ve taught me in my life.

I feel as though my every move is being observed. Could it have anything to do with my calendar photo for the month of October? 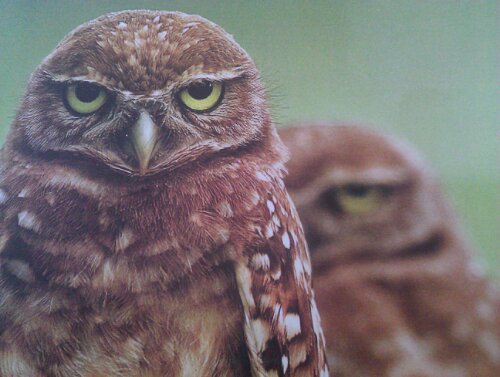 How can something so cute be so eerie?

I’ve been working at my computer today, listening to my Pandora music mixes, and I got it into my head that I’d like to include some of the Dr. Who soundtrack music in my Pandora playlists. I couldn’t remember who wrote the newest music beyond his first name – Murray – so I decided to Google “Dr. Who Music”.

What I found was a whole page devoted to people who have worked on remixing Dr. Who music. Amazing. There are so many different versions of the theme song, some traditional, some with different overlays and even a series of stories about Mr. Dalek. (Trust me, the Christmas one is definitely a keeper.  I’m going to have to download that and keep it to play instead of the Night Before Christmas.) So, if you are as geeky as me and you just need to have at least a half dozen different versions of the Dr. Who theme and some amusing Dalek stories, go here and poke around.

Kudos to www.ladyyatexel.com who owns the artwork above. Go check out her other Dr. Who artwork.