Things aren’t always as they seem.

I thought I was going to bed last night until I looked out the window. I grabbed my camera off the hutch where I’d left it earlier in the day and turned to let the dogs out for the last time before bed. The moonlight on the snow was amazing! True, I’m sure my photos won’t do the beauty justice, but I enjoyed snapping a few photos. I’ve included a few from earlier today during a pretty hefty snowstorm (Thor) as well.

Big, hairy, manly, macho-men wearing high heels is definitely eye-catching. Judging from the photo above, figuring out just what to wear with those heels can also be a daunting challenge for some guys. But when you understand just why these men choose to cram their feet into heels and walk a mile, then you can overlook a little fashion faux pas.

This year, Frank Spicher and Jonathan Gilbert have joined forces as Team Liberty and will  strap on some high heels so someone can get help when they need it.

Team Liberty is walking to help raise funds for the Rape Crisis Intervention Services of Carroll County. RCIS serves male and female victims of sexual violence, and their significant others. Will walking a mile in high heels stop rape? Sadly, no. But your donation will enable the Rape Crisis Intervention Service of Carroll County to provide the necessary care to begin the healing for a victim of sexual violence.

Please consider helping Frank and Jonathan reach their goal by contributing a donation,  and thank you for stopping by!
Team Liberty 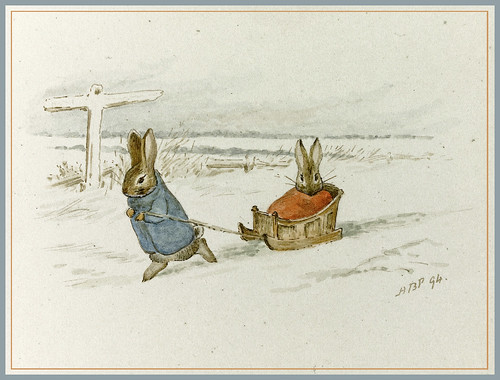 Not gonna lie, I’m hoping for a snow day. I don’t like driving the back roads when it’s a bit dicey out, and although our car Silver is a fantastic steed, Hubby is better in this kind of predicted muck.

I read today where the East Coast has been weathering 5 months of consistent mushy weather, which started in November. I’m ready to open the windows and sit on the front porch in the sunshine. The equinox that marks spring is just a few weeks away, and I’m looking for a sudden burst of sunny weather. Last fall I planted some bulbs, and I’m hoping that this hard winter will have spared my first attempts at gardening in my newer-to-me gardens!

“We actually get to decide right here, right now, to be miserable, or to be happy, no matter how complicated, fucked up or disagreeable our life may be.” -Chris McCombs

Whenever Hubby travels, I know he has long days. He’s in a strange environment and he’s at work. I also know he throws me these tidbits to update me on his whearabouts during the day, and I appreciate all of it. I love talking to him and am glad we now have a way to “see” each other when he travels.

Tonight I also got to “see” my bff on the other side of the country. We were supposed to be playing Uno, but the other participants couldn’t make it for one reason or another, so our game went bust. Instead we talked for a bit. (well, mostly I talked because she swears she has nothing to talk about)

# 3 called earlier today to let me know that she’s installed a doggie nanny-cam for Dex. She’s going to set him up to see what he’s getting into so she can ‘train from afar’. Pretty cool idea. I’m looking forward to getting some screenshots of “Dex-in-action”  in the near future.

I had my appointment with the functional Endo the other day. I came out of there with a lab slip for a bunch of blood work. Seriously, it almost looked like she just put an X near anything that looked interesting.

Now I’ll make an appointment to get those done and I’ll go back to her for the big results “reveal” in April. I was kind of hoping it would be earlier than that, but I’m just glad to be taking these steps to see what’s what and get myself on a track. I know she’s going to do some minor tweaks and I’ll be good. I’m already a pretty hale and hearty stock, but everyone can use a bit of a tune-up now and then, eh?

3 year ago yesterday, Hubby and I signed the papers to purchase our current home. After having lived and raised our kids in the same home for 25 years, we had decided to pull up stakes and move to an area that was a little less congested. Somehow, we managed to downsize to a larger house. Doh!

At first, I was feeling a bit intimidated, but my space has grown on me. The first year I felt like I was visiting someone’s home. The second year I started making some changes that began to put my mark on the place. Suddenly, I wasn’t feeling quite so out-of-place anymore. This 3rd year seems to be the  one that I’ve finally been able to feel like this is MY home. Maybe now I’ll even put up photos and art.

So far I’ve converted old railings into half walls in the loft/office space, changed all the doors on the first floor to nicer panel versions over the horrible Luan doors that were there. We replaced a portion of the roof and, replaced gutters all around and insulated the house with foam. We’ve also renovated one bedroom upstairs and one downstairs. The latter one has become Hubby’s office. We’ve replaced the flooring in the basement, all the appliances along with the washer and dryer, added two pellet stoves for heat, replaced the attic stairs, and added a set of French doors between the family room and what’s become the 3 seasons room aka “the pink room”.

Sometimes I feel like we’ve barely scratched the surface, so it’s good to look a the paragraph above and realize that we’ve been able to accomplish quite a bit in a short space of time. Awesome!

On the boards for this year, I hope to paint my bedroom and 2 bathrooms and replace the Luan doors downstairs with doors that match the upstairs area.There are always more ideas in the mix, but it’s going to be a busy year already, so we’ll see what else I can conjure up. Eventually, the kitchen(s) and bathrooms will need some updating, the front entrance needs a more functional entrance, the pool is going bye-bye and along with it a large portion of decking that makes the back part of the house feel closed off. Still, with what we’ve been able to accomplish already, I have confidence we’ll be able to get everything done.

In addition to this anniversary, this is my 600th post. Granted it’s been many years, and if you go back in my blog, you may see some photos are missing and blogs that might not make sense without the visual. That’s because I’ve migrated my blogs at least twice now, with everything ending up here. In the transition, some things may have been lost in the mix. Whenever I have time, I go back and find the photos – or ones that are similar – and repopulate my blogs. I know it sounds counter-intuitive, but one day I’d like to print all my blogs into a bound book.