Yep! Looks just like me when I’m annoyed. Can’t you see the resemblance just there, around the eyes?

Nothing seemed to be going well and I was tense and frustrated and just plain grumpy.

So, I had Hubby take me down for Happy Hour.

Which turned out to be not so happy. 4 Huckleberry Cosmos and a dark black beer later I was *slightly* more relaxed. I’m not kidding… only slightly. Maybe I’d calmed down to this:

I’d had enough of the Not-So-Happy-Hour and was ready to walk home. Recently, they’ve put in lights around an area in my community that is an open space. As I walked in the beautiful evening air, this sight did more to calm me than the adult beverages had: 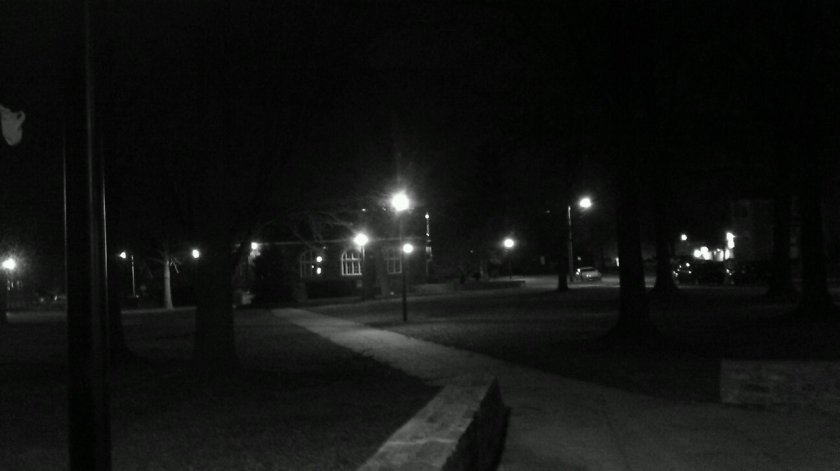 And then, I found a friend who reminded me that you can stay calm, even in the face of imminent danger. 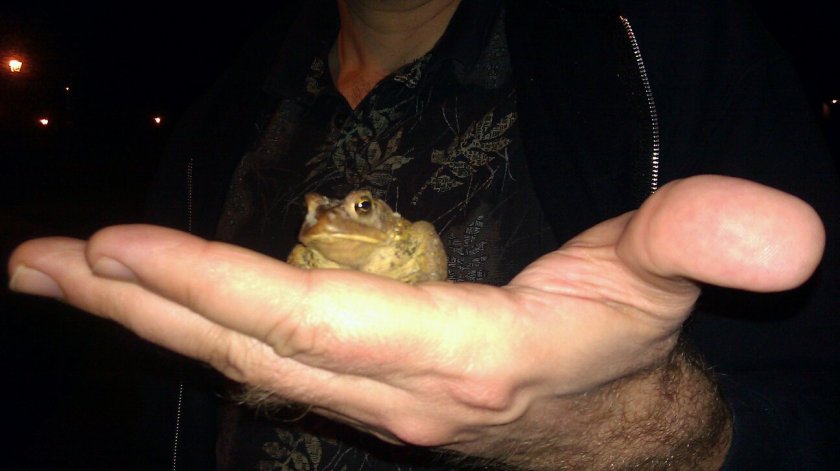 Mr. Frog was directly in the middle of a walkway that people were strolling around (us) and others were biking around (eek!). When I asked Hubby to pick him up for a close up shot, he never moved or squirmed or made any attempt to hop off Hubby’s hand, even though Hubby wasn’t the most stable platform and I was having troubles getting Mr. Frog’s good side. Once we were done  with his close up (Mr. DeMille) we put Mr. Frog into some hay so he wouldn’t wind up under a bicycle tire.

Ahhhh.. much better. That little frog did more for my mood than anything else had that entire day – including Bess.

While we were walking the two blocks back to our house, we passed the home of the little horse I go and visit  on my walks. We don’t live in the country – yet- but there is someone in my neighborhood who owns a small horse.  A few days ago I had walked by and noticed that he’d gotten some new company in his yard. Apparently his mail order bride had come with a ready-made family of two kids. Nanny goat and a little white kid and a little red kid had wandered around the yard, climbing up on a pile of sticks and getting used to their new home. The next day I walked by, the horse was lying by the pool with the kids tucked up next to him. Nanny was wandering the yard. He *almost* didn’t come to get his smuggled baby carrots, but he eventually did abandon his sitting duties to come say hello, get his goodies and trot up and down the fence line with me.

As I related how Horse had gotten a new wife and kids,  while walking in the moonlight with Hubby, I felt calm and at peace once again.